The Burning Question: What is a Dutch Oven Pot? 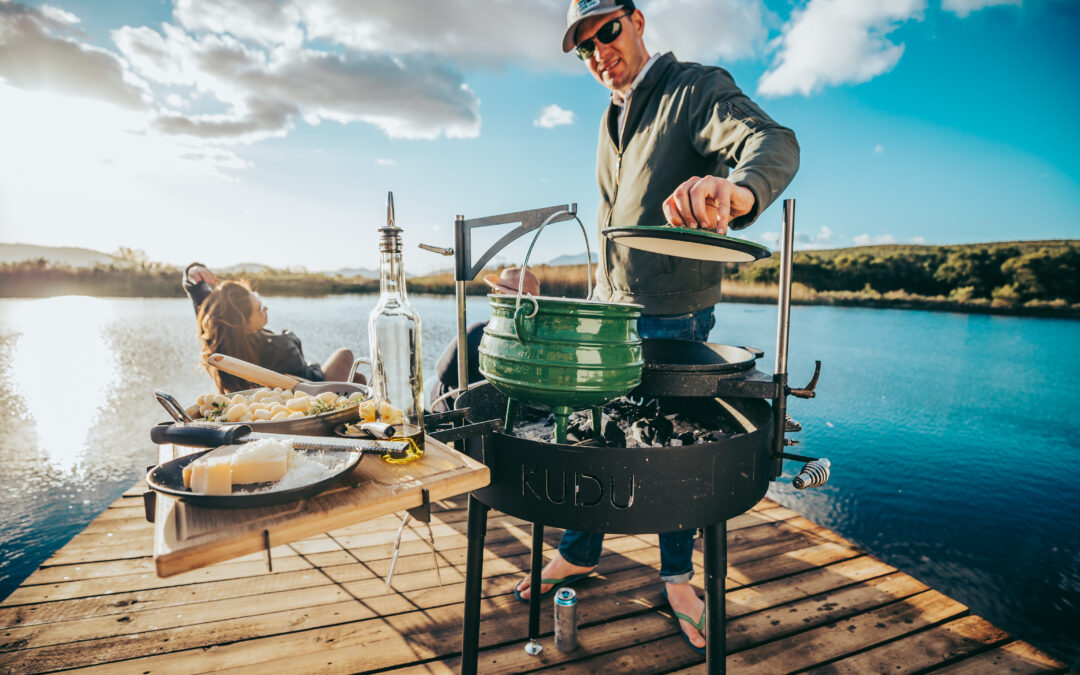 What is a Dutch Oven Pot, you ask? Well, only one of the best multi-purpose cooking utensils you’ll ever use in your backyard. Often referred to by South Africans as a ‘Potjie’, a Dutch Oven Pot allows you to cook hearty meals there where you enjoy cooking the most — the great ol’ outdoors.

Its ability to cook food straight over the heat of a fire pit makes it a campsite cooking favorite and a must-have for every outdoor cooking enthusiast. We discuss everything Dutch Oven related and how it will make your outdoor cooking experiences that much more, well, sizzling.

Get to Know Your Outdoor Cooking Companion

The Dutch Oven (also known as the ‘French Oven’ or ‘Potjie’) is a large cast-iron pot, often covered in a brightly colored enamel coating. They have been used as cooking vessels for hundreds of years, with the very first ones dating back all the way to the 1700s.

There are many theories behind where the Dutch Oven originated from. One obvious one being that these cast-iron pots were sold by early Dutch traders, hence it’s name ‘Dutch Oven’.

Regardless of who first cooked in it, these days they are known as practical and heavy-weight helpers in the kitchen, the backyard and the campsite, especially when it comes to cooking America’s go-to dish, the casserole.

With the help of a Dutch Oven Pot, you can make hearty meals right over the open fire  – but that’s not where the fun ends.

What Can I Cook Over the Fire With a Dutch Oven Pot (And How Do I Cook It)?

If you’ve never used a Dutch Oven over an open fire before, you’ll be relieved to know that it’s almost impossible for your dish to end in disaster. Dutch ovens work well because they retain heat and cook your food evenly in the imperfect environment of an open fire. Look, you’re working with that will most likely survive the apocalypse, so no need to worry.

The best kind of dishes to make in a Dutch Oven Pot are those that require some slow-cooking. Think hearty meals like stew, chowder, homemade bread, and your grandma’s famous chili recipe. There’s a saying amongst outdoor cooking enthusiasts that the longer you leave some of these dishes to simmer, the better it tastes. And besides, it’s also the perfect way to linger a little longer around the fire with family and friends.

Also, these kinds of meals need a little sprinkle of extra love and patience, so it’s essential that you avoid letting precious heat escape. Once you close the lid of your pot, you have to let the Dutch Oven do its magic. Crack open a cold one and have a laugh with friends, and you’ll be serving your Dutch Oven dish before you know it.

What is the KUDU Dutch Oven ‘Potjie’?

South Africa inspires all things KUDU Grills, in particular their ‘braai’, which is a barbecue on the open fire. And one of South Africans’ favorite ways to braai is to use the traditional ‘Potjie’ Dutch Oven.

The Potjie descended from the Dutch Oven brought from the Netherlands to South Africa in the 17th century and South Africans haven’t let go of it since. After hours of cooking a stew over the open fire, they serve what is affectionately referred to as ‘Potjiekos’ — which when translated means ‘pot food’.

The Potjie, with a bit of cooking oil inside, is placed on a fire until the oil is hot enough. The meat (usually lamb or beef) often goes in first, depending on the preference of the Potjie cook. Often, a form of alcohol is added for flavor — usually beer, Old Brown Sherry, or wine. And when the meat starts to brown, it’s time to add the vegetables (potatoes, carrots, corn, etc.).

Once all the contents are in the Potjie, the lid is closed and ‘forbidden’ from being opened again. This is an essential part of making Potjiekos because unlike stews, the ingredients need to mix as little as possible. The heat of your fire also needs to stay low and constant, as the Potjiekos should cook for about three to six hours. And this may seem like a long time, but a Potjie is a social activity for South Africans, who prefer that the dish cook for as long as possible so that everyone can enjoy more fireside chit chat.

When the Party’s Over: How Do I Clean a Dutch Oven Pot?

One look at this deep and heavy pot and you’ll want to dash out of the door when it comes to clean-up time. However, it’s really not that complicated – although cleaning it correctly is important to keep it in tip-top shape.

Step 1: Wipe It Down

Cast iron dutch ovens require regular TLC. After each use, wipe it down using a paper towel. If there is sticky residue, you can also use a moist paper towel.

Step 2: Bring Water to a Boil

Next, fill the dutch oven with water. Bring the water to a boil, remove from heat and let it soak.

Once the water has cooled down, scrub away any residue with a dish scrubber or plastic spatula to remove stubborn bits of food. Most important, however, do NOT use dishwashing soap, as you don’t want the seasoning on your cast iron to break down. Then give it one final good rinse.

Step 5: Give it a Fresh Coat Of Oil

Pour a little bit of cooking oil into the Dutch oven and rub it with a paper towel. Wipe the excess away with a clean paper towel.

Grab Your Own KUDU Dutch Oven

By now, we hope you’re ready to start cooking in a Dutch Oven. We can promise you that it will be your greatest outdoor cooking companion. And you want this best friend to last you a lifetime, right?

Our KUDU Dutch Oven is as good-looking as it is durable, so it will be able to sit right over the open fire or above the flames thanks to its KUDU Dutch Oven Hanger. Buy yours today and start collecting more open fire cooking memories!