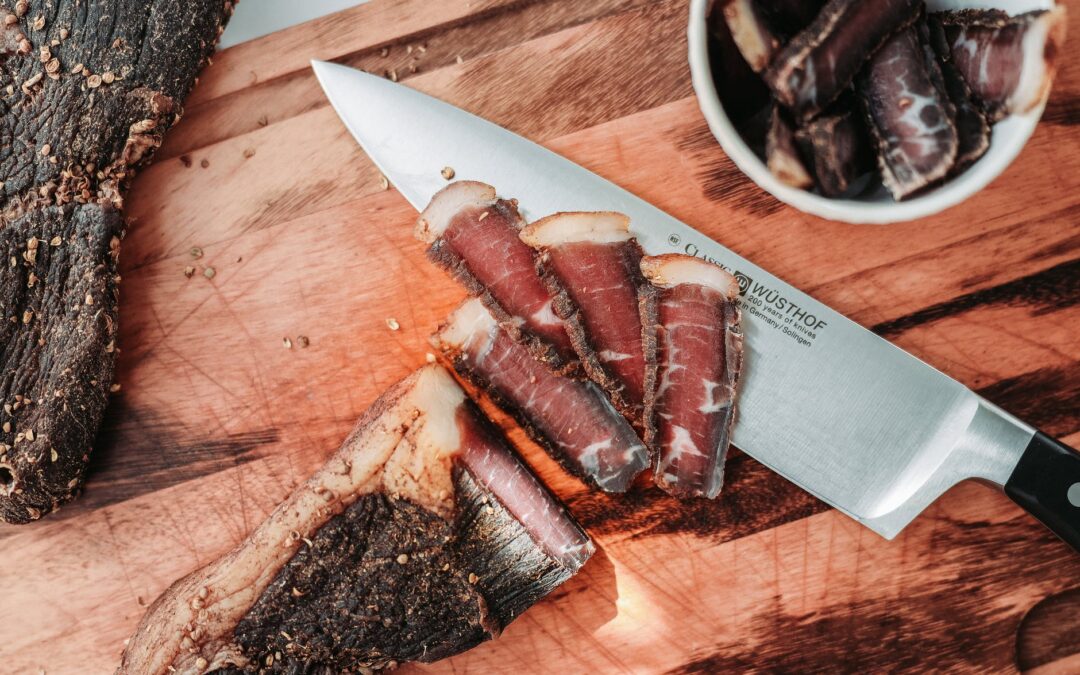 Ask anyone South African what their favorite any time snack is, and ‘biltong’ will most likely reign supreme. Similar to beef jerky, these two fan favorites are often mistaken for each other. However, if you’ve ever been to Africa and tasted this authentic flavor, you would most likely agree that these two flavors are as much similar as they are worlds apart. So, if you’ve heard much about this South African treat taking over snack time worldwide but have never tried it, you’ll be pleased to know that you can replicate that unique biltong taste on a firegrill.

Biltong (derived from the Dutch word meaning beef strips) is a big part of South African heritage and its culture. In fact, the process of making biltong dates back to over 400 years ago. Indigenous tribes would use salt to cure meat, leaving it for days to dry out before being eaten or stored as a reserve energy source for long and grueling journeys. However, biltong only truly became biltong when the first European settlers put their stamp on it by adding curing ingredients such as vinegar, salt, and spices to make this beloved South African nibble even more delicious.

A trend that caught on (or was it the other way around?)

Just like the indigenous tribes of Africa used simple methods to preserve their meat for longer, Native Americans also used the sun, air, and smoke to extend the shelf-life of their meat. And along came the ever-popular beef jerky.

But what is it that makes them different?

While biltong can be made from both fatty and lean meat, the preferred meat to make jerky with is generally from a leaner cut of meat. However, both commonly use beef as their staple ingredient.

To begin with, biltong is usually cured in a vinegar and salt solution and left overnight to marinate. this results in more of a savory bite rather than sweet. On the other hand, jerky marinates in a sweeter BBQ-type sauce for just as long.

Typically, jerky is slowly cooked in a drying oven (or smoker) at a low temperature for up to 12 hours. Whereas, biltong is typically air-dried using a dehydrator (or ‘biltong box’) for as long as five days to get it soft and chewy.

One of the main differences between jerky and biltong has got to do with their textures. Biltong is softer and spongier to chew, while jerky tends to be tougher in texture and more brittle by nature.

Making biltong on a firegrill – is it possible? The cut and dry answer? Not typically. However, there are ways to at least smoke the finished product on a firegrill. However, this is usually a secret recipe closely guarded by expert grillers. That’s not to say you can’t try your hand at it, though!

Replicating that classic biltong flavor is not that difficult to do. In fact, we know a recipe for a version of biltong that is just as tasty that you can prepare over the firegrill. It’s called biltong steak!

What you’ll need (besides a firegrill)

A firegrill that celebrates diversity

With the KUDU firegrill, you can experience a taste of Africa and the world.

So, contact us today to find out how you can diversify your grilling skills.