7 Cool Barbecue Styles from Around the World 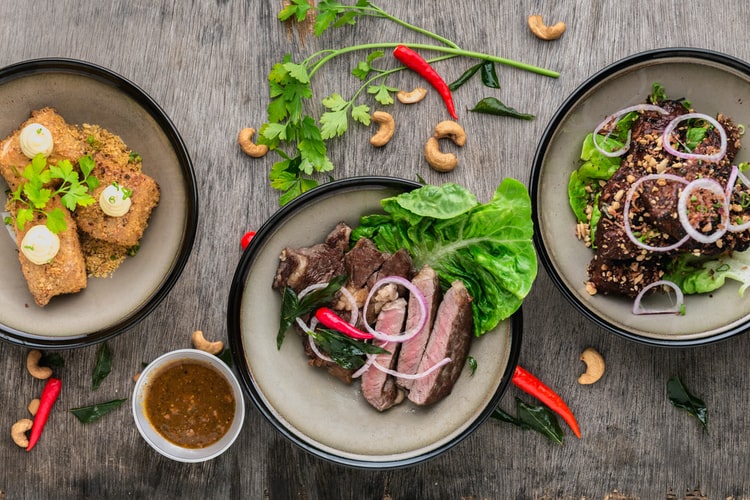 Barbecue styles are more than just the low and slow Texas-style brisket and St Louis-style ribs. Although, keep those comin’! But yes, just when you thought outdoor grilling couldn’t get any more diverse, people do it differently all over the world.

Barbecue is a useful cooking method for both the nomadic wanderer and the city dweller because it’s inexpensive. However, with most of the attention piled up on our grilling methods in the USA, it’s easy to forget that this is, in fact, a globally accepted way of cooking meat and so much more. Read our blog as we list some of the coolest barbecue styles from Jamaica to the Philippines.

7 Cool Barbecue Styles From Around the World

This is one of Korea’s most famous culinary dishes. Although typically done in restaurants, this cooking method allows guests to get involved in preparing their own meals.

The grill is located in the center of a table, between two high-topped booths. Guests can then grill their own meat and dip it in sauces of their choosing.

When grilling, it’s best to flip the meat only once and let it cook thoroughly on each side.

We can thank the Spanish for the term ‘barbecue’ as ‘barbacoa’ was the name given to a popular cooking style amongst the Taino – indigenous people of the Caribbean.

Simply put, barbacoa is the method of slow-cooking an entire sheep over an open fire. The sheep and firepit are covered with maguey leaves, which release steam as they cook.

This gives the meat a flavor reminiscent of tequila (distilled from maguey, an agave plant). The result is typically a rich and fatty dish.

Originally created by the Muslim Uyghurs in West China, this method was used for cooking a popular lamb dish. Now, it is a technique used to cook meat of any kind, seafood, and even insects.

Meat is cut up and skewered, then cooked over a huge metal pan on a raised surface. In the pan are hot coals that cook the meat to juicy, tender perfection.

This dish is a popular and staple street food in Urumqi, Hong Kong, and almost every city in China.

Lechon in the Philippines

A dish derived from the Spanish occupation in the Philippines from 1521 – 1898, Lechon has been the country’s national dish for over 130 years. As one of the more extravagant barbecue styles, it involves cooking a whole pig rotisserie-style over a charcoal pit.

The pig is prepared by rubbing coconut water or soya sauce onto the skin and then stuffed with lemongrass, fruit, garlic, and spices.

No, we’re not talking about the doll. An Australian barbecue is called a ‘barbie’ and quite frankly isn’t that different from our barbecues in the US. However, they’re into grilling their seafood.

Besides the regular lamb chops, steaks, and sausages, Australians can cook up a mean lobster and shrimp, or should we say ‘prawn’.

However, the main difference is that instead of cooking low and slow, over indirect heat, they fire up their food with direct heat. It’s safe to say that you can expect very crispy dishes from a barbie.

There’s no way we could forget about the South African way of grilling meat – also known as ‘braaing’. With KUDU Grills’ roots in South Africa, braai culture inspired us to create the glorious outdoor grill that is the KUDU.

Braaing isn’t just a barbecue style; it’s a culture, a way of life for all South Africans. Everywhere you look, people are lighting up fires and grilling almost any dish under the sun. We consider braaing to be the art of grilling over the open fire.

Cooking, chatting, and chilling that’s what barbecuing is all about. Cooking low and slow is the essence of braai culture in South Africa. A good potjie (dutch oven), slow roast, and rich flavors are what you’ll get out of a braai. Although they love cooking their meats too, it’s more about the coming together of people and gathering around the open fire.

Cook International Dishes With the KUDU

Do you want an outdoor grill that can do it all? And, we really mean ‘do it ALL.’ The KUDU was designed to cook any kind of dish and cook multiple dishes at the same time. If you want to be adventurous for your next grill day, the KUDU is the perfect companion.

Contact us today and we’ll help you get your hands on the most diverse outdoor grill on the market.