The Art of The Open Fire Grill 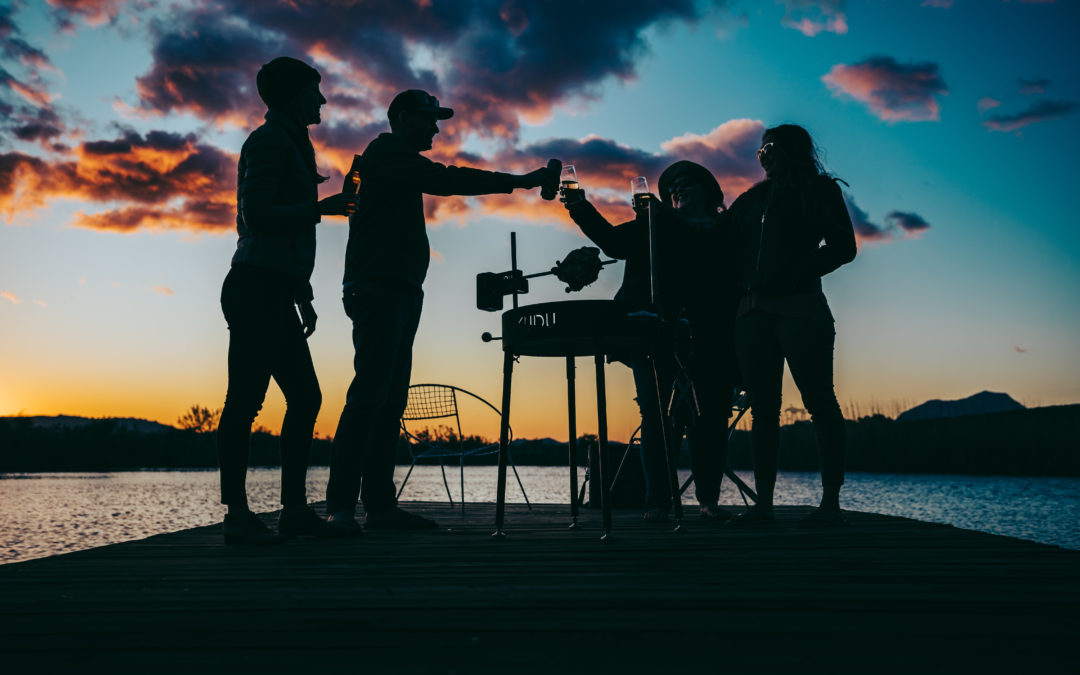 Cooking over an open fire grill is an art that South Africans have perfected. In fact, it can be traced back to the caves millions of years ago when early humans cooked meat over the open fire.

It’s something you can only fully grasp once you’ve experienced it for yourself. Once you have it in your memory bank, the mere sound of a crackling fire, the smell of burning wood, or the hypnotic sight of glowing coals in the dark can summon a smile to your face. In fact, it might just cause you to salivate a little bit like Pavlov’s dogs.

There’s a saying in South Africa in the Afrikaans language: “Ons gaan nou braai”. Meaning “We will grill soon”. This is a bit of a tongue-in-cheek comment as it reinforces the notion that South Africans like to stretch out the grilling experience for as long as humanly possible – and there’s a reason for that.

The Philosophy: What Exactly is an Open Fire Grill?

In a nutshell, it’s a grill that is often mobile with a grate on top that allows you to cook over the open fire. And the KUDU open fire grill is the most innovative open fire grill on the market. You can use it anywhere – from your backyard to next to a lake on a camping trip. It is also incredibly versatile, allowing you to bake, sauté, smoke, fry, steam, grill – the works!

The KUDU has its roots in South Africa when Georgia boy Stebin Horne went to the country to meet his future in-laws. He immediately fell head over heels – just as he did with his woman – with the culture. In particular, the open fire grilling, or as South Africans calls it: “braai”.  There’s no escaping it. Everywhere you look, people are lighting fires, gathering around it with cold ones and lazily grilling meat over the coals.

Stars in his eyes, Stebin returned home. He longed to bring this memory back to life. He succeeded by creating the KUDU Grill we know and love today. Mercer University even put their stamp of approval on it when they awarded him with a fellowship from the Mercer Innovation Center for his passion and hard work. 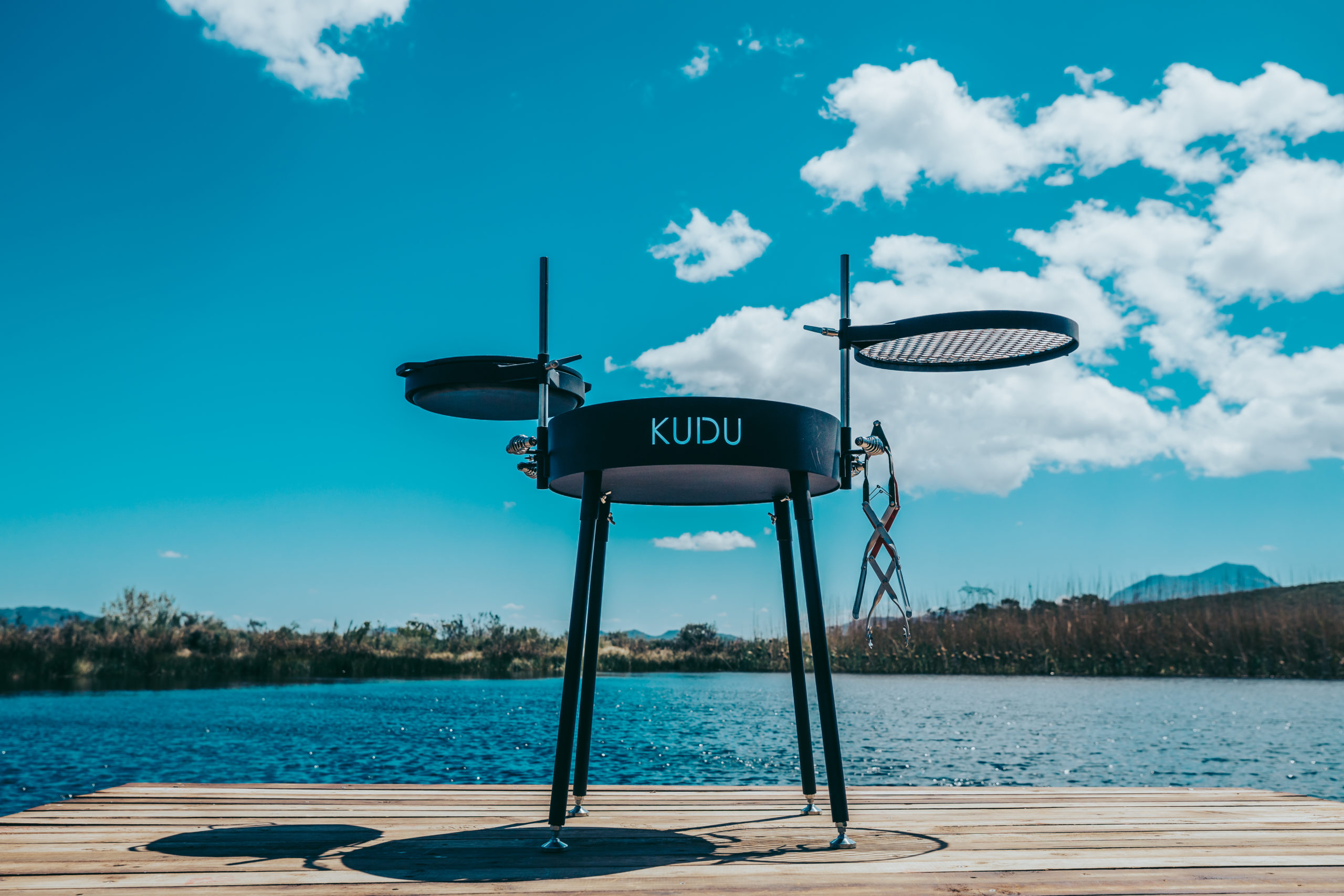 The KUDU in all its glory.

When you are hosting a dinner party, are you spending the entire night in the kitchen? Then you’ll be happy to know that one of the most alluring things about cooking on the open fire grill is that you get to catch up with friends and family while you cook. You might ask: but surely that’s no different from the gas grill I already have in my backyard?

To be so blunt – sorry if you’ve just purchased a new gas grill – but the proof is in the pudding. Not only does the wood give food a smoky flavor, but it makes the entire cooking process a show. Without a lid on the grill, you become more engaged  – it’s like a live cooking show for all to see, smell, and later taste!

Just when you think the coals are ready to start grilling, someone will sling another piece of wood onto the fire to stretch out the experience. In fact, it has been dubbed the “African TV” for this very reason. Still not convinced of the power of people gathering around the open fire grill? There’s even a National Grilling Holiday (Heritage/Braai Day) in South Africa in honor of this tradition.

Truth is, most of the enjoyment of cooking stems from seeing others enjoy it. By cooking over an open fire, you invite everyone to the show. And the enjoyment lies in every element – down to the small details of the charred diamond grid pattern it leaves on your food. 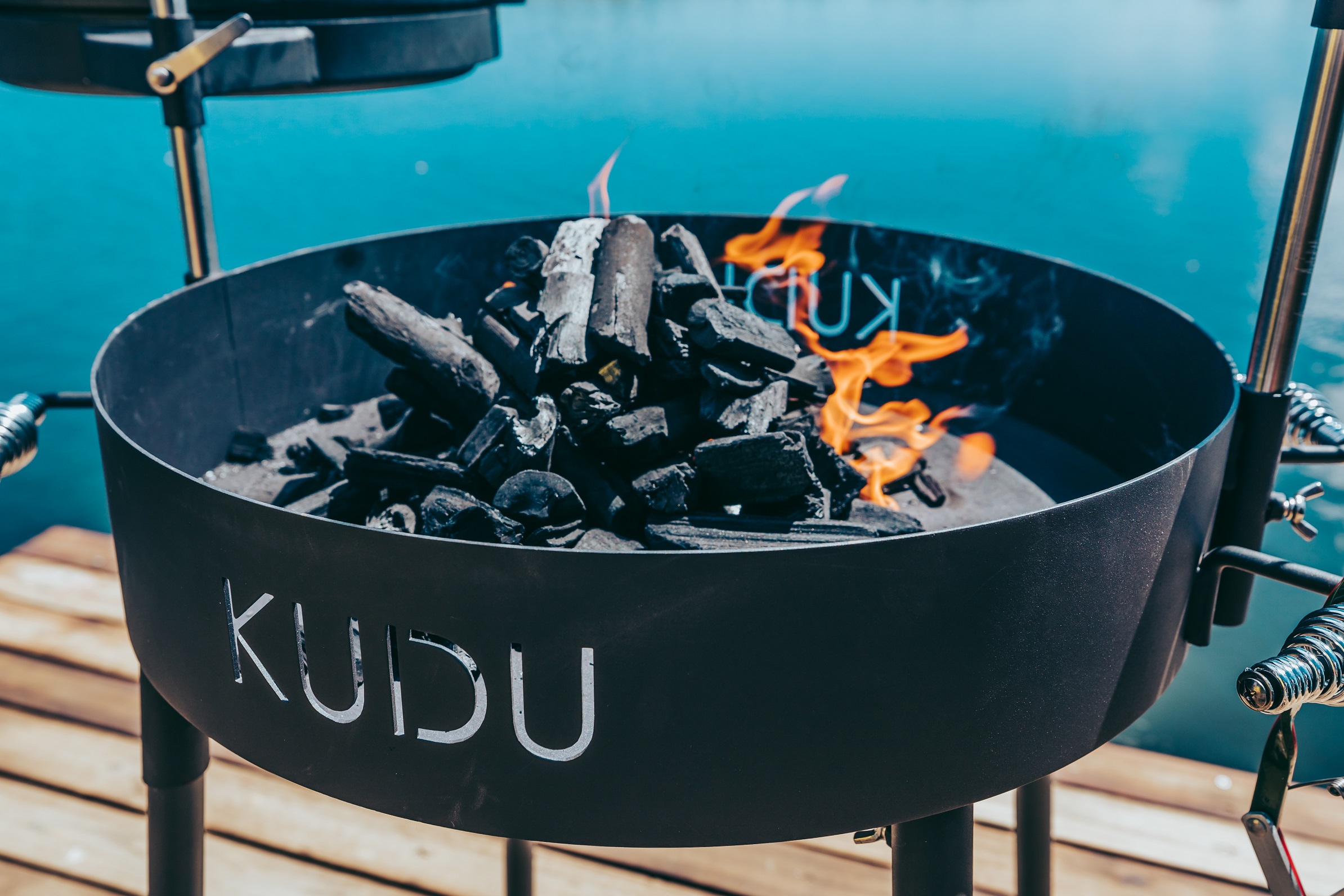 Firing up the open fire grill

Have you ever been wine tasting and loved a certain wine so much that you bought a case, but when you opened it at home, it was just not the same? It’s all about the ambience of that moment when you first tasted it. It’s the same for food. It just tastes better when you are surrounded by loved ones – and even more so when it’s under the open sky.

This is what grilling on the open fire embodies. There’s something almost poetic about it. It’s for that person whose home is always open to friends and family. Who always has an extra trick up his sleeve at the dinner party. Who lives to see the smiles on his loved ones’ faces.

Tummies and hearts full after dinner has been served, the KUDU open fire grill transforms into the grand finale:  the after-party firepit that keeps everyone huddled around the flames for just a while longer.

The beauty of it all lies in this togetherness. In fact, the best stories are told around the fire. The best connections are made here. It extends the communion and showcases the passion and love for life that South Africans embrace so strongly. 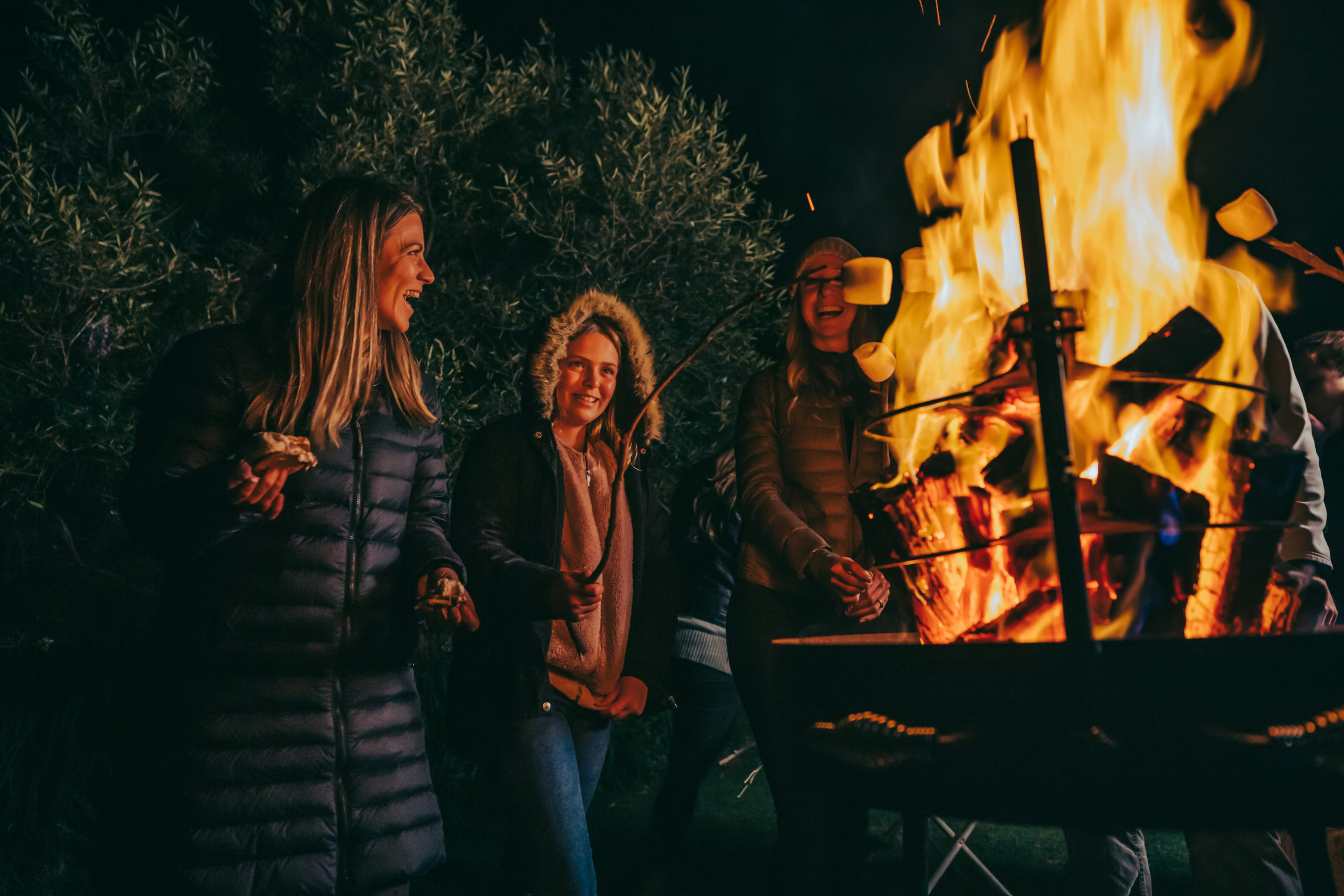 Light It Up with a KUDU

Intrigued? Take a closer look at how the KUDU is made and all of its nifty features. Then browse our range of KUDU open fire grills.  We also have a variety of KUDU products to add on, such as ou KUDU Dutch Oven Potjie, KUDU rotisserie and many, many more.

Contact us if you have any questions about the KUDU and we’ll be happy to help meet your grilling needs. Here’s to many happy memories made around the open fire!