Grilling on a Shoestring Barbecue Budget 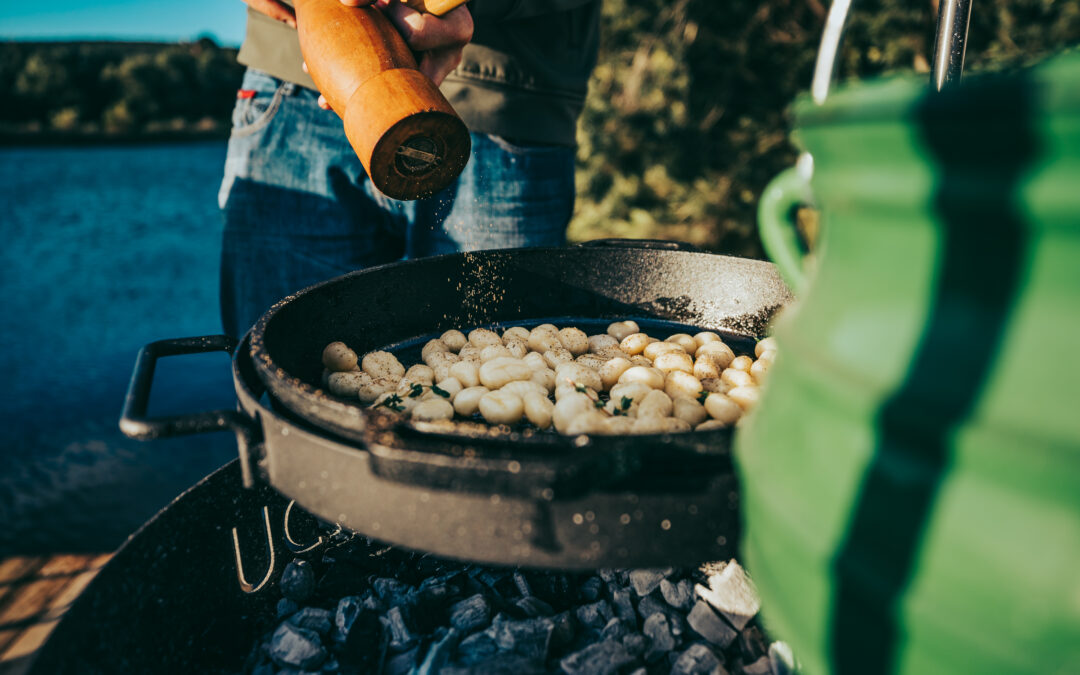 Most people would agree that the costs involved in barbecuing do tend to add up. And can actually verge on being quite expensive if you’re planning on serving up the works. Nonetheless, there are ways to cut down on costs here and there without seeming too obvious. See these tips on how to barbecue on a shoestring barbecue budget.

Get your money’s worth

Firstly, what would a great barbecue be without a good grill? While you may be spoiled for choice, it’s always better to invest in a grill that you’ll be getting your money’s worth for. Take our barbecue, the KUDU Grill, for instance. Whether it’s grilling, poaching, broiling, frying, or baking, the KUDU Grill provides plenty of options for elevating your barbecue experience and taking it to the next level. And can actually end up saving you money down the line if you compare it to the costs you’ll be spending for these accessories separately.

Of course, here we’re referring to the decor. And if you’re accustomed to spending just as much on the decor as you would on the actual barbecue, just know that ‘less’ can look just as good as ‘more’ if you know how to shop and shop smartly. Moreover, your guests probably aren’t going to be overly concerned about how things look. Because, after all, a good barbecue will be much more about the experience. For example, if your hosting skills are just stellar or if you’re known for your jokes or one-liners, it’s things like these that can trump a fancy barbecue centerpiece any day!

While choice pieces of meat like fillet and porterhouse are lovely, there should be room on the barbecue for lesser-known cuts of meat that are just as tasty, but that doesn’t end up costing an arm and a leg. Otherwise, you could opt for barbecue staples that never disappoint. Of course, here we’re referring to popular proteins such as sausages, burgers, and chicken wings, for example.

Don’t splurge on the spread

The principle of less is more will apply here too. So instead of offering up five dips for chips, offer two of the fan-favorites instead. The same goes for sauces, toppings, and sides. Rather stick to a few of the classics instead of going all out on extras that your guests may not end up eating anyway. Just be sure to include the basics such as cheese, tomatoes, mustard, ketchup, relish, and pickles, and you’re good to go.

Keep it on ice

If you want to cut down on the costs of your next barbecue, then you should avoid buying drinks separately. Instead, why not buy drinks in larger quantities and in bulk and keep the rest on ice for later? In addition to this, you could always invest in refillable containers that you could use for your next barbecue. And for many more after that. Not only will it end up being more cost-effective over time. But it’ll be way better for the environment, too.

This may sound like a foreign concept if you’re not aware of South African braai culture. However, it’s not dissimilar from when guests opt to bring along a little something extra to your barbecue. In fact, over there it is pretty much common practice to bring something with you to add to the spread, whether it’s an extra garlic loaf, or a fresh garden or potato salad. Because when times are tough, having everyone contribute to your barbecue can be the difference between setting you back a little and setting you back a lot. And, most times, guests are usually delighted to put their cooking skills on display. Or to share a family recipe that’s been passed down from generation to generation. Plus, having a variety of dishes on offer is sure to add to the overall barbecue experience.

An unforgettable experience no matter what

At the end of the day, barbecues were never meant to be an expensive affair. It’s all really about the company, some good food, and having a good time that can make an inexpensive barbecue unforgettable anyway.

At KUDU grills, we love a great barbecue as much as the next person. That’s why we’ve designed an all-in-one grill to suit pretty much any occasion – including your barbecue budget!