BBQ Grill Hacks That Will Save You Time in the Kitchen 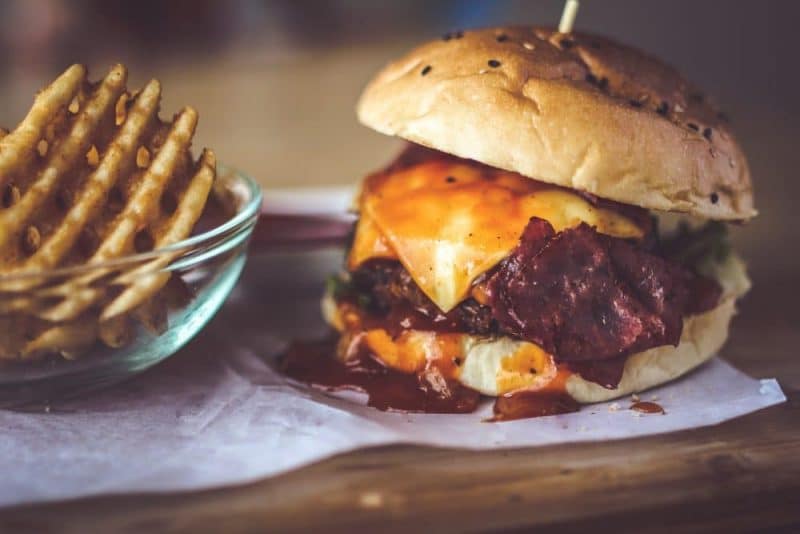 When there’s no time to spare, and you’re scrambling in the kitchen trying to find a quick solution for dinner time that’s rolled around yet AGAIN, a BBQ grill can be just the thing to save the day.

Furthermore, you don’t want to spend time in the hot kitchen anyway when you can be relaxing (and grilling) to your heart’s content in the cool outdoors. And as with many things these days, BBQ grill hacks are the perfect way to double-down on your cooking time and double-up on some much need downtime.

So, here are our top BBQ grill hacks for a busy cook with lots on their plate.

No, we’re not talking about 90s dance music. Instead, we’re referring to keeping your patty fresh and moist for as long as possible. This BBQ hack is quite simple, and might we add really cool too (pun intended). Simply insert an ice cube in the middle of the meat and cover it up for when you’re ready to grill it.

Keep your patty dripping with tasty BBQ juices by patting it with a dollop of good old-fashioned butter. Not only will adding some butter to your patty keep the meat succulent and moist, but it will also create a crunchy and crispy yummy deliciousness on the outside of your burger.

3. Smear it with potato

You might be wondering what smearing and a potato have got to do with each other; hear us out a minute. Instead of greasing your BBQ grill with oil, potatoes can do the exact same for your grill – but without the flames.  So, what’s the secret to this fantastic BBQ grill hack, you ask? We won’t go into the science of it all, but the starch from the potato provides a non-stick coating when rubbed onto the surface of your BBQ grill (this is especially useful for flaky fish that tends to stick easily to the grill).

4. Keep those disposable tins on hand

Instead of tossing disposable tins in the bin, rather keep these for a rainy day. Besides being an awesome BBQ grilling hack to fry those veggies on the grill in, it’ll also keep the much dreaded dirty dish pile from piling up. Because who has time to wash piles of dishes when you have guests to entertain anyway?

5. Use them lemons all the way

Not only are lemons the most versatile fruit for adding a zesty flavor to fish dishes and sauces, but they can also be slapped onto the grill and used as a deterrent to keep your fish from sticking to the grill. As the lemons cook away, your fish will be infused with that unbeatable fresh and zingy lemon flavor.

6. Season later rather than sooner

Seasoning your meat just before cooking will help also help to keep the meat moist as salt tends to draw moisture from meat, making it drier. An additional BBQ grill hack would be to make sure your meat is as dry as can be before placing it on the BBQ grill, so you can crunch on that crusty meaty crust afterward.

Hacks, in general, are tips that save you time and effort. Basically, they make complicated tasks easier by simplifying them in one way or another. Cooking hacks are beneficial because we tend to spend so much time in the kitchen. However, when you have the right cooking equipment and accessories on hand, you don’t really need hacks as much because the right BBQ grill will save you time and effort in any case.

Haven’t found your dream BBQ grill yet? Well, look no further; the KUDU Open Fire Grill is your all-in-one; you don’t need much else, BBQ griller.

Contact us today if you need an outdoor grill to take the load off your hands.