Using a Wood Grill: For Cuts of Meat You Never Knew Existed 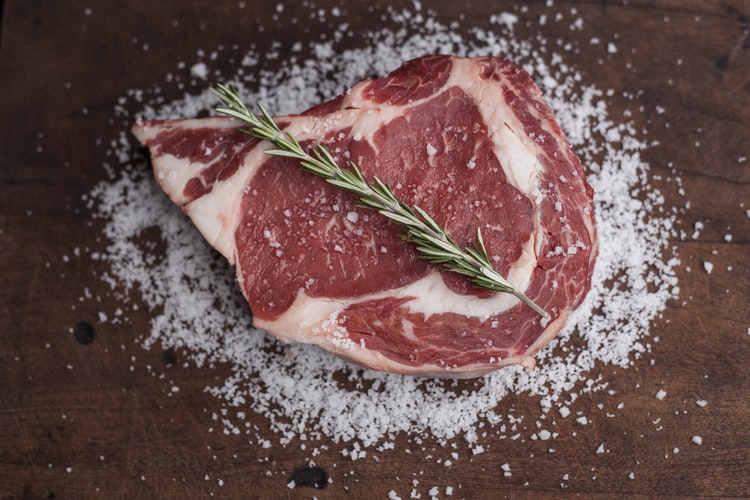 The Fourth of July may be over, but that doesn’t mean you can’t make barbecuing on a wood grill an ‘every weekend’ tradition. Just ask your neighbors south of the equator. For South African’s, braai culture is a lifestyle – they braai for almost any occasion. And if they don’t have something special to celebrate, then they’ll think of an excuse to slap some meat on a braai and enjoy the festivities – just for the outdoor fun of it all.

While the most popular (and most common) cuts of meat to prepare on a wood grill worldwide include rib eye, brisket, and rump, there are other cuts of meat that are just as tasty, albeit not as known, that you can grill to your heart’s content at your next fancy do or barbecue. Be sure to approach your local butcher first, though, as some of these delicacies may not be so easy to spot at your local grocery store.

As the name suggests, the top sirloin cap is a triangular layer of meat found on top of the sirloin. If you are looking for a lean piece of protein that is as tasty as it is healthy, the top sirloin cap is it. In addition to this, it is a very versatile protein that is cooked in many ways. However, if you happen to be in Kansas City, most folks over there would agree that it is best cooked over a wood grill.

Pro-tip: Like your meat with a crunchy sear on the outside? Sear for it over high heat for about two minutes on each side before lowering the grill temperature. Then leave it to cook for around 15 minutes in total for a 1.5-inch steak, flipping the meat halfway at just under the halfway mark. As always, rest the steak for a good five minutes before serving to retain as much morish succulence as possible.

The Bavette is a French term for flank steak. Often confused with flank steak, it is actually a cut of meat from the bottom part of the sirloin. Marbled in texture, the Bavette is particularly juice due to its fat content. A long and flat piece of meat, the Bavette is soft in texture when cooked right. And as it so happens, the Bavette is one piece of meat that is easy to source at your local grocery store. As an added benefit, Bavette steak is really affordable compared to other more popular meat cuts.

Pro-tip: Cook on high heat on a wood grill for up to three minutes on each side, taking care not to overcook it. Leave it to rest for a fair bit of time – up to 20 minutes before seasoning and serving.

The Denver steak, named after the Colorado state where it won the award for the best affordable beef cut, is a cut from the under blade of the chuck shoulder. Marbled and full of flavor, the Denver steak is easy to prepare, too. Exceptionally tender, it ranks in the top four most tender beef cuts in the US.

Pro-tip: Cook for roughly 14 minutes for a one-inch steak to get a medium-rare result. But if you don’t want to rely on gut feel and guestimates alone, use a thermometer to ensure the steak reaches 130 °F before resting it for five minutes. And then slicing it against the grain in strips.

The Teres Major is another tasty beef cut that you might not have heard of before. In fact, if you happen to get your hands on this cut, consider yourself lucky. Only masterful butchers know how to extract this particular cut from the shoulder or chuck. Closely resembling a pork loin, the teres major is also a wonderfully tender cut and inexpensive too – if you can find it, that is!

Pro-tip:  Grill the teres major one on each side on a hot wood grill for up to three minutes a side. Then leave to rest for a further ten minutes. The result is a wonderfully medium-rare piece of meat that tastes similar to beef tenderloin.

A wood grill a cut above the rest

You may not have heard of any of these cuts of meat before. But one thing they all have in common is that you sure can grill them to perfection.

Looking for a wood grill that handles any type of meat you throw at it? Then contact out KUDU Grills for more outdoor cooking inspiration.