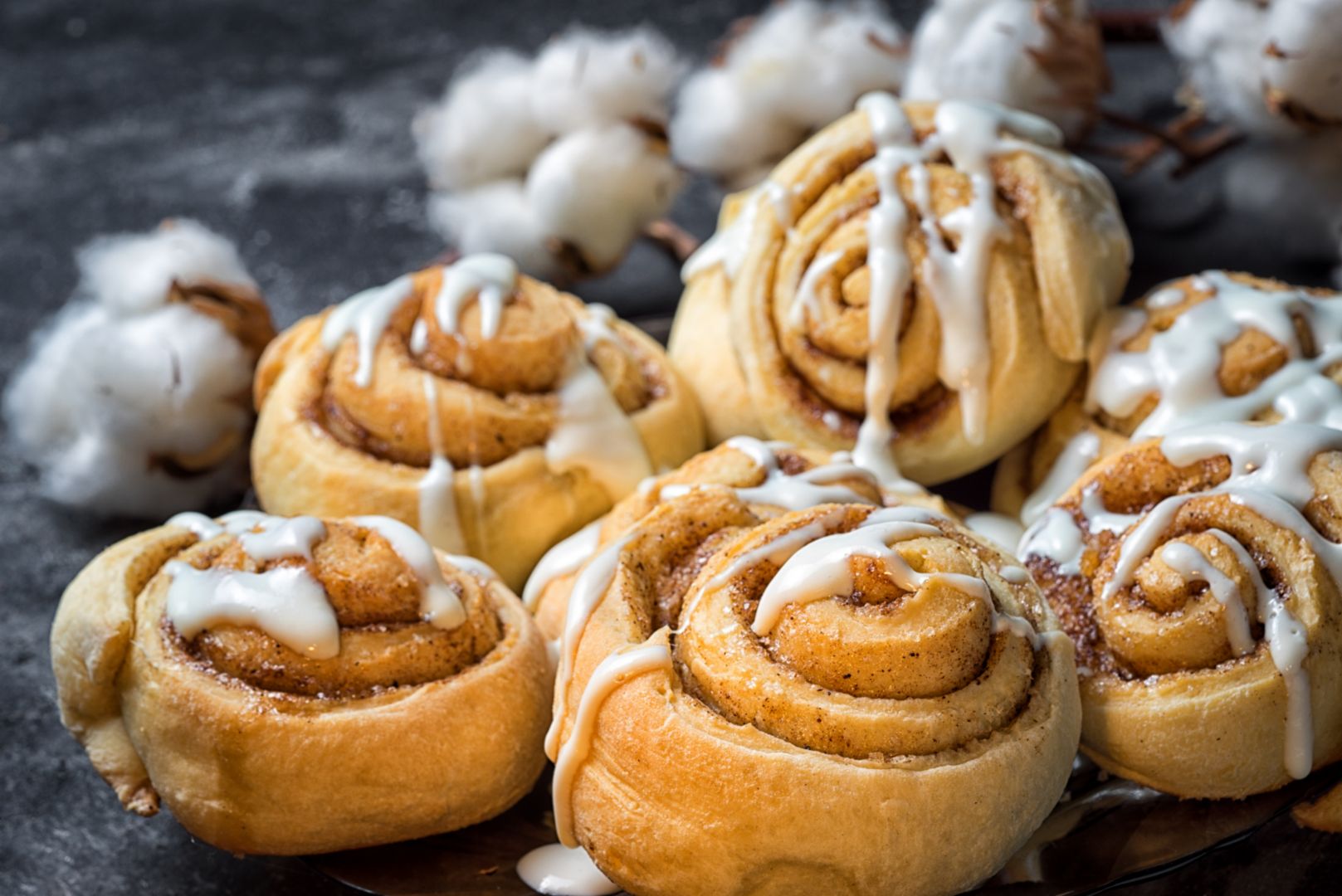 Take the Dutch Oven off the heat and let the mixture cool until just warm to touch.

Sprinkle the yeast over the top of the mixture and let sit for 1-2 minutes. Add 4 cups (500g) of the flour and stir with a wooden spoon until an evenly combined dough has formed.

Cover and let sit at room temperature to rise for about 1 hour. Check after 30 minutes to make sure it is rising. By the end of the hour, it should have doubled in size and smell yeasty.

Add the remaining 1/2 cup (62g) flour along with the baking powder, baking soda, and salt, and stir until completely combined. The dough should be easy to handle and not sticky. If it is sticky, place the dough in the fridge for an hour, and it should be much more pliable.

Divide the dough in half and roll one half out on a well-floured surface to about a 12×8 inch rectangle. It helps to dust flour over the dough and your rolling pin before you roll it out to ensure it doesn't stick. Spread half the melted butter evenly over the dough, then sprinkle half the brown sugar the over top, followed by half the cinnamon.

Starting with the long edge farthest from you, roll the dough towards you, moving your fingers evenly back and forth along the dough until it is tightly coiled with the seam down. Cut into 8 even rolls with a sharp knife or unflavored dental floss, and place in a greased pie plate or 9-inch round cake pan.

Repeat steps 5 and 6 with the second half of the dough.

Let the rolls rest for 15-20 minutes until they are slightly puffed. Place the rolls in the Dutch Oven over medium heat for 15-25 minutes (depending on the heat of your coals). Bake till golden brown.
Make the cream cheese icing while the rolls are baking.

Whisk together cream cheese and butter in a medium bowl until completely combined and smooth. Add vanilla and salt and whisk again. Whisk in powdered sugar until fully blended. Add milk, 1 tablespoon at a time, until the mixture reaches a pourable, but still thick, consistency.

Pour and spread the icing evenly over the warm cinnamon rolls in the pan, making sure the tops of the rolls are completely covered.